We played a good match against a good team, but they were a little better.  The team score does not indicate how well we played today.  We played a different lineup.  Abby Wilson played with her sister at second doubles, so I put Brooke Jones with Abby Gundler at one doubles. The singles players had to move up a position, and Emily Speakman moved to singles.  I was very pleased with everyone's play.  Little Miami is a good team.  Brooke Honaker played her best tennis taking Little Miami's #1 to three sets.  The first set took and hour and half. Brooke and Abby lost a tie breaker and went three sets with a very good doubles team,  Both three setters lasted nearly three hours.Heather and Emily acquitted themselves very well playing higher positions.
It was a good lead-in to sectional tournament.  The girls realize that they can compete against good competition.
-Coach Baughman

The girls worked hard to achieve a division title this year. Bethel played us tough today, but we kept focused and took care of business.
The team record is now 10-3 with a 6-0 SBC record.
Abby Gundler and Abby Wilson are now 13-1 at first doubles.
-Coach Baughman

We played well. The girls did a much better job of playing their own game and took care of business.  I saw smart shots and strategy employed today. I am pleased with the effort and progress.

The win clinched at least a share of the division title. A win Thursday against Bethel -Tate Thursday would clinch an outright division championship.

Comments:
It is always good to get a division win.  We did what we needed to do get off the court with a "W".
The Abby's are 11-1  on the season at first doubles.
-Coach Baughman 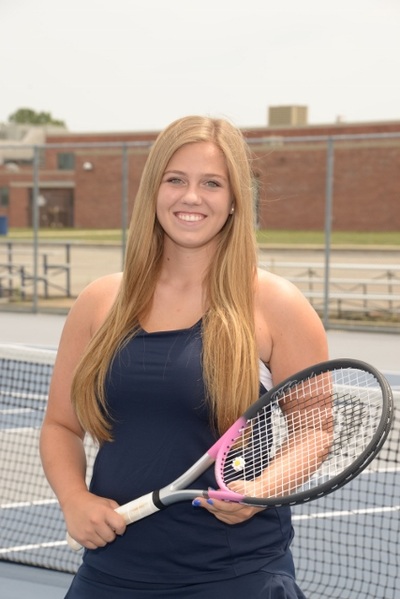 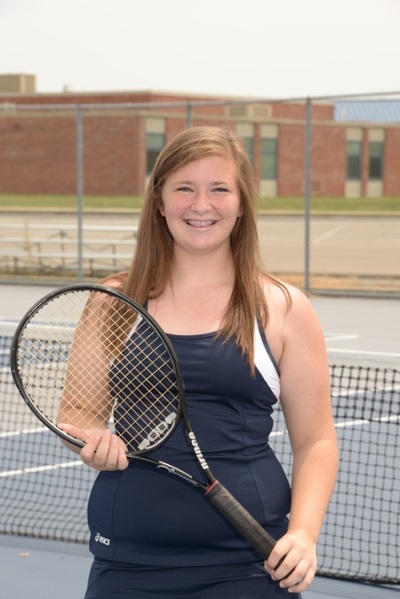 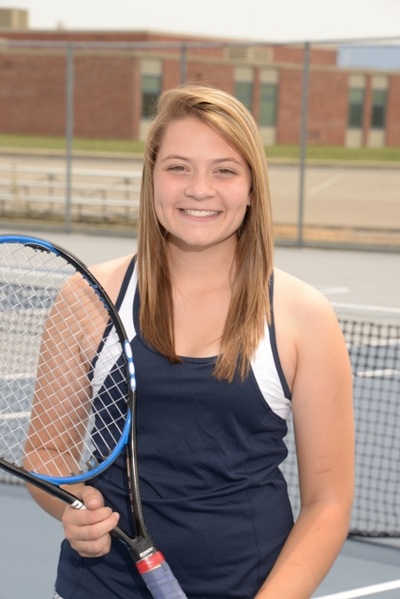 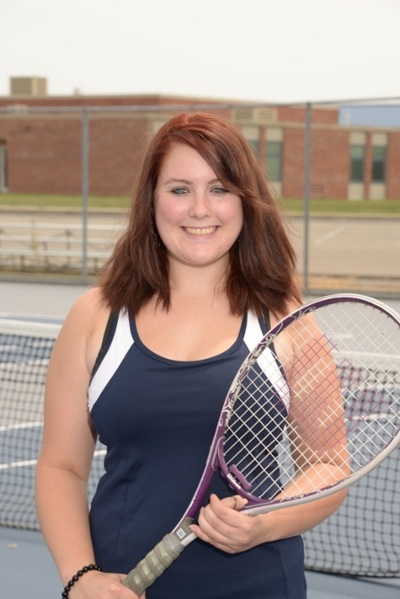 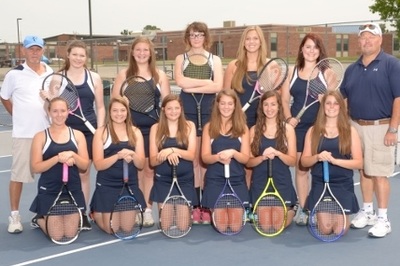 We had a relatively easy day.  The girls did what they needed to do to get off the court quickly.  Brooke Jones played an hour and a half first set, then took the second in about half an hour.
Blan is now 6-3 and 3-0 in SBC matches.
Blan plays away at Felicity Tuesday in an SBC match.
-Coach Baughman
9.4 Tennis
Blanchester defeated Batavia 3-2 in a girls tennis match played at Blanchester Thursday.
1st singles:  Brooke Jones lost to D. Wani 2-6, 6-3, 3-6.
2nd singles: Brooke Honaker defeated O. Moon 4-6, 6-4, 6-4.
3rd singles:  Heather O'Neill lost to T. Shearer 3-6, 0-6.

Comments:
It was nice to have the doubles off the court early today.  They played efficiently and were off the court quickly on a hot day.  Two of the singles matches went three sets and three hours. Brooke Honaker was able to to come back after dropping the first set to win her match and gain the decisive match for the team victory. She did a better job of finishing her points today.  Brooke Jones fell just short of coming back from down a set and played a good match. Heather O'Neill played well. She just was not able to close out big  points she had done a good job setting up.  I t was a good team win today.
-Coach Baughman

It was a good match.  Brooke Jones and Heather O'Neill both played smart solid tennis.  We are learning to compete in close matches. Korteney Weber and Emily Speakman played their best match so far. Abby Wilson and Abby Gundler pulled out a marathon win.  They were down 3-6 in the tie breaker, a point away from losing the match, and managed to pull out a nail-biter, winning the breaker 12-10.
Blan is 5-3 and 3-0 in SBC play
-Coach Baughman
9.2 Tennis
The tennis match at Amelia was rained out Tuesday
8/26/14 Tennis
Blanchester defeated Bethel-Tate 4-1 in a Southern Buckeye Conference  girls' tennis match Tuesday at Blanchester.
1st singles:   Brooke Jones was defeated by Chloe Henderson 2-6, 0-6.
2nd singles:  Brooke Honaker defeated Tabitha Jackson 6-1, 6-0 .
3rd singles :  Heather O'Neill defeated Alyssa Barnhouse  by deafult  leading 3-0 in the first set.
1st doubles:  Abby Gundler and Abby Wilson defeated Tiffany Shouse and Jordan Troxel 6-1, 6-1.
2nd doubles: Emily Speakman and Erin Wilson defeated Makayla Icenogel and Hannah Webster 6-1, 6-1

Comments:   I am pleased with our effort and outcome today.  Bethel was the last team in our division we had not played.  I was not sure what to expect, but the girls came through with a solid win.   We are getting better with each match. Experience in match competition is starting to show.  Brooke Jones played solid tennis and played extended points, despite losing the match. Brooke Honaker and Heather O'Neill took control if their matches early and never let up.  Both doubles teams,  Abby Squared (Gundler/Wilson) and Emily Speakman  and Erin Wilson,  controlled their matches.  It was a good day of tennis for us.
-Coach Baughman
8/20 Girls Tennis
The Blanchester girls tennis team edged East Clinton 3-2 Wednesday in a non-league match on the ECHS courts.
The Lady Wildcats picked up wins by Brooke Jones and Heather O’Neill in singles action and the doubles pairing of Abby-Squared - Abby Gundler and Abby Wilson.
“It was a great match played by both teams,” said EC coach Matt Schneider. ” All matches were hard-fought by both teams, particularly at third singles which went for three hours.”
EC wins were recorded by Marissa Williams at second singles and the second doubles team of Brooke Vineyard and Courtney Graves.